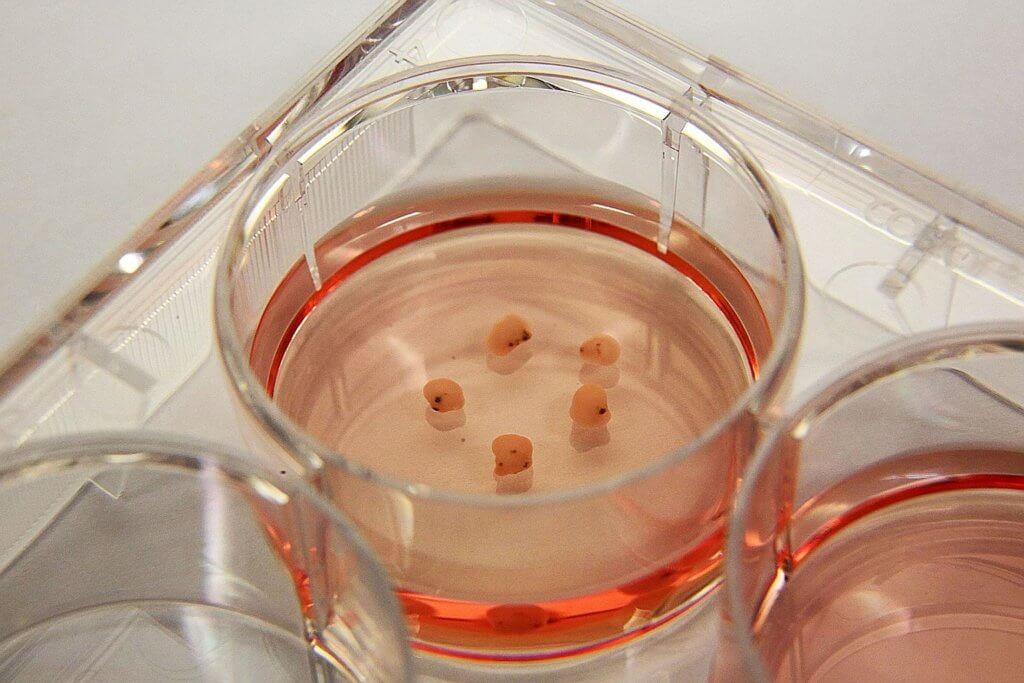 Until now, researchers wanting to understand the Neanderthal brain and how it differed from our own had to study a void. The best insights into the neurology of our mysterious, extinct relatives came from analyzing the shape and volume of the spaces inside their fossilized skulls.

But a recent marriage of three hot fields—ancient DNA, the genome editor CRISPR, and “organoids” built from stem cells—offers a provocative, if very preliminary, new option. At least two research teams are engineering stem cells to include Neanderthal genes and growing them into “minibrains” that reflect the influence of that ancient DNA.

None of this work has been published, but Alysson Muotri, a geneticist at the University of California, San Diego (UCSD) School of Medicine, described his group’s Neanderthal organoids for the first time this month at a UCSD conference called Imagination and Human Evolution. His team has coaxed stem cells endowed with Neanderthal DNA into pea-size masses that mimic the cortex, the outer layer of real brains. Compared with cortical minibrains made with typical human cells, the Neanderthal organoids have a different shape and differences in their neuronal networks, including some that may have influenced the species’s ability to socialize. “We’re trying to recreate Neanderthal minds,” Muotri says.

Muotri focused on one of approximately 200 protein-coding genes that differ between Neanderthals and modern humans. Known as NOVA1, it plays a role in early brain development in modern humans and also is linked to autism and schizophrenia. Because it controls splicing of RNA from other genes, it likely helped produce more than 100 novel brain proteins in Neanderthals. Conveniently, just one DNA base pair differs between the Neanderthal gene and the modern human one.

Muotri and his co-workers start with skin cells from a “neurotypical person”—someone without any known genetic defects linked to neurological disorders—and manipulate their genomes to turn them into pluripotent stem cells. Using CRISPR, the team then targets NOVA1 and swaps in the Neanderthal base pair to replace the modern human one. To avoid being misled by the “off-target” DNA changes made by CRISPR as well as genetic errors that can occur from producing the stem cells, they sequence the resulting cells and discard any that have unintended mutations.

It takes several months to grow the Neanderthal DNA–containing stem cells into organoids—”We call them Neanderoids,” Muotri says. Comparing them with modern human brain organoids made under identical conditions, his team found that the neuronal cells with the Neanderthalized NOVA1 migrate more quickly within an organoid as they form structures. “We think it’s related to the shape of the organoid, but we have no idea what it means,” says Muotri, noting that the Neanderoids have a “popcorn” shape, whereas modern human cortical organoids are spherical. The Neanderoid neurons also make fewer synaptic connections, creating what resembles an abnormal neuronal network.

Several of these differences mirror what Muotri has found studying neuronal development in the brains of children with autism. “I don’t want families to conclude that I’m comparing autistic kids to Neanderthals, but it’s an important observation,” says Muotri, who has a stepson with autism. “In modern humans, these types of changes are linked to defects in brain development that are needed for socialization. If we believe that’s one of our advantages over Neanderthals, it’s relevant.”

Muotri has developed the modern human brain organoids to the stage where his team can detect oscillating electrical signals within the balls of tissue. They are now wiring the organoids to robots that resemble crabs, hoping the organoids will learn to control the robots’ movements. Ultimately, Muotri wants to pit them against robots run by brain Neanderoids.

“It’s kind of wild,” says Simon Fisher, a geneticist who heads the Max Planck Institute for Psycholinguistics in Nijmegen, the Netherlands, who famously engineered mice to have a mutated human gene linked to speech disorders. “It’s creative science.”